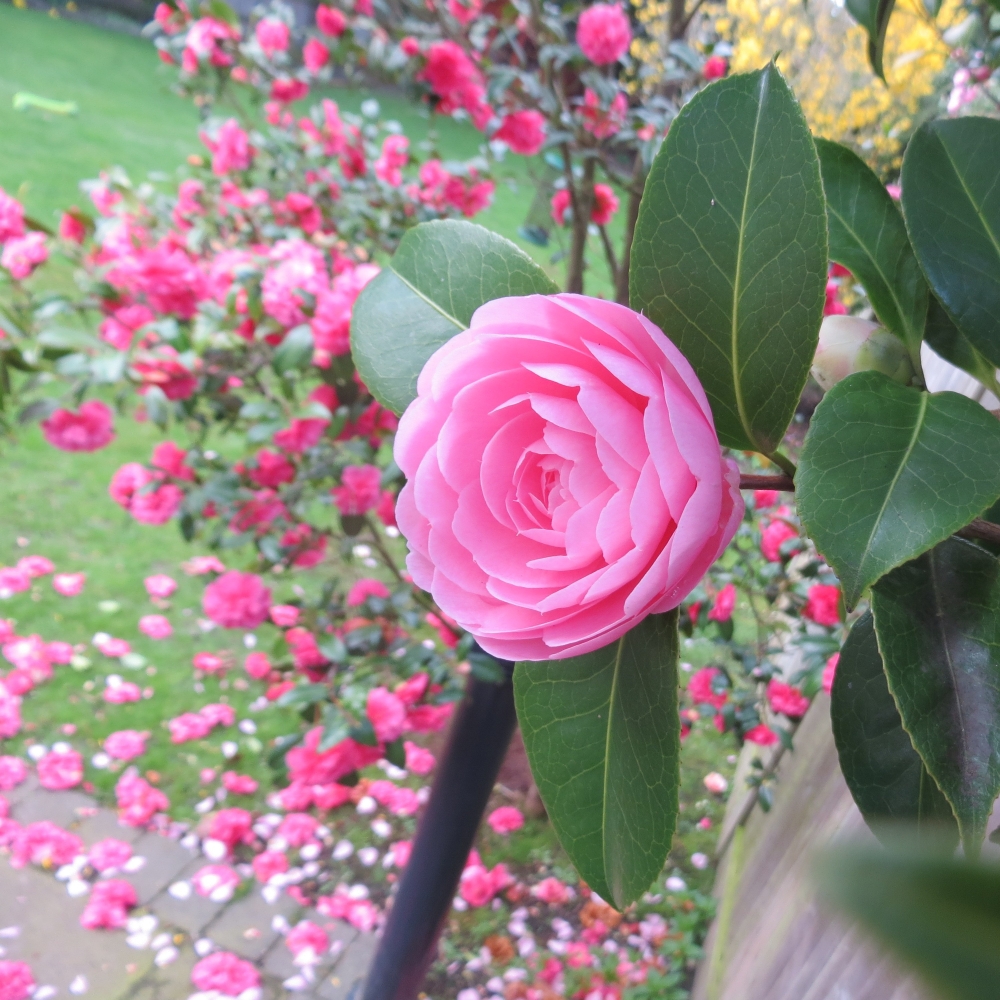 Photo from my London garden April 2017

Almost two hundred years ago in February 1820, the British writer Sydney Smith wrote to his friend Lady Georgiana Morpeth offering what he called ‘Advice Concerning Low Spirits’ at a time when she was deeply distressed.   A great deal of the advice he offers his friend is still hugely relevant today and it was written with great warmth, love and the concern he has for her emanates from each line.

I’ve reproduced the script of the letter below but added my own comments along the way so I hope it will be helpful, inspiring or even amusing. If everyone had a chance to read this and use it, it could put the self help section of the bookshop out of business!

“Nobody has suffered more from low spirits than I have done, so I feel for you.”

2nd. Go into the shower-bath with a small quantity of water at a temperature low enough to give you a slight sensation of cold 75 degrees or 80 degrees. (Assuming, not fahrenheit measure).

4th. Short views of human life – not further than dinner or tea.

6th. See as much as you can of those friends you like and who like and respect you.

7th. And of those acquaintances who amuse you.

8th. Make no secret of low spirits to your friends, but talk of them freely – they are always worse for dignified concealment. (The British stiff upper lip is going out of fashion, just look at what the Royal Princes have done to rid us of the taboo around mental illness).

9th. Attend to the effects tea and coffee produce on you. (My favourite is Twinings English Breakfast Tea which gets the cogs going first thing in the morning and another cuppa or two provide a much needed boost throughout the day.)

10th. Push yourself.
11th.  Don’t expect too much from human life – a sorry business at best. (This is a little too sad but maybe we do expect too much from modern life and we should be more grateful for the small moments of happiness).
12th. Avoid poetry, dramatic representations (except comedy), music, serious novels, melancholy, sentimental people, and everything likely to excite feeling or emotion, not ending in active benevolence.
13th. Do good, and endeavour to please everybody of every degree. (Agree wholeheartedly with the first, but pleasing everybody is more tricky and could be hugely burdensome).
14th. Be as much as you can in the open air without fatigue. (Walking the dog in all seasons gives me a huge boost mentally as well as physically even when I’ve been procrastinating while it’s raining cats and dogs, forgive the pun.  But once out in the elements it’s invigorating.)
15th. Make the room where you commonly sit, gay and pleasant. (Declutter, once I’ve tidied the house/office, the sense of being in control not just of my environment but life more generally is almost tangible).
16th. Struggle by little and little against idleness. (Life could be over tomorrow so carpe diem (seize the day).

17th. Don’t be too severe upon yourself, or underrate yourself, but do yourself justice. (And avoid self pity at all costs I might add as it’s something I fight on a regular basis when things are not going according to plan).

18th. Keep good blazing fires. (The joy of a real fire is glorious especially in an ancient British pub on a freezing cold Sunday coupled with hot roast).
19th. Be firm and constant in the exercise of rational religion. (Hmmmmm…religion is dangerous territory these days suffice to say as long as your religion professes to help not hinder or hurt humanity.

20th. Believe me, dear Lady Georgiana.
And there you have it – a recipe for good living.  Maybe you will find a snippet of wholesome advice there.