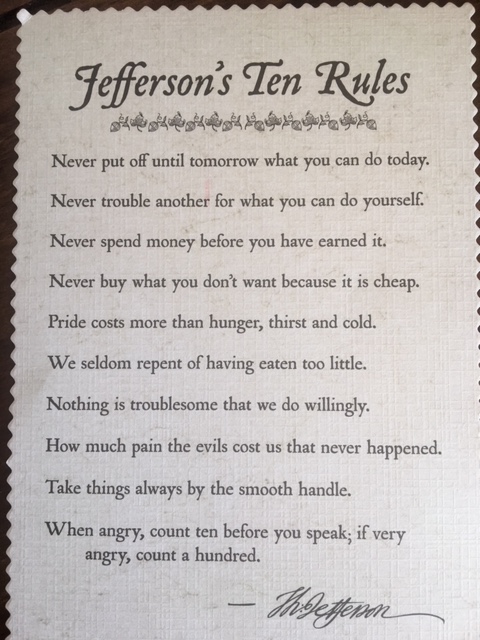 On this day, 22 March, more than 200 years ago, (1790) Thomas Jefferson became America’s first Secretary of State under President George Washington.  As one of the founding fathers and the author of the Declaration of Independence, he provided political and moral leadership at a critical time in America’s history.

Today, amid the revolving doors in the corridors of power in a dysfunctional White House combined with a dearth of political and moral leadership, this might be a good time to cast an eye back to Jefferson.   Often described as having the most passionately inquiring mind ever to be born in America: a mind of dazzlingly diverse talents among them a gift for writing transparently lucid and attractive prose, he was a child of the European Enlightenment.  Doubtful now if there is anyone capable of filling his boots, at least in the short term.  He ardently believed that the beauty of politics is its capacity to restrain men from injuring one another and crucially that the only way to protect the rights of minorities is through politics.

It was Jefferson’s idea to create the political capital in Washington and therefore the reason why his memorial is sited overlooking the Potomac river.   But for all his achievements, he was a modest man:  when he became president he eschewed the splendid parades that had inaugurated George Washington and John Adams.  Neither was there a  ball afterwards, instead he walked back to his boarding house where he stood in line for dinner to be served as usual.  What a difference a couple of hundred years makes.

When I visited the Jefferson Memorial in Washington recently, a picked up this delightful card in the gift shop and am completely taken by it,  Jefferson’s commandments for a good life, though I’m not quite sure what the context of the “smooth handle” refers to. 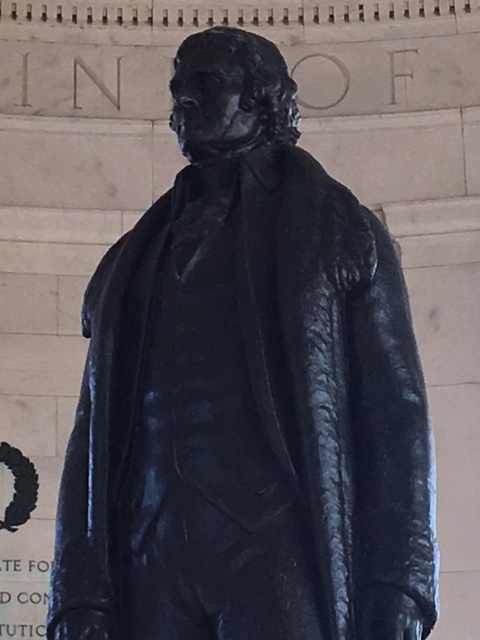